South Africa has become one of house music's major players and its DJ scene is brimming with talent. Ahead of its Red Bull 3Style National Final, here is a brief history of South African DJ culture.

South Africa has long been a fascinating place for fans of unique strands of electronic music. Kwaito and gqom have both become international phenomenons in recent years, but there's more weird and wonderful club music emerging from the country all the time. And with the South African Red Bull 3Style National Final taking place on December 8 at Johannesburg’s Republic Of 94 club, now is as good a time as any to explore the evolution of DJing in the country.
To get the lowdown on one of the world’s best DJ and electronic music scenes, we spoke to members of South Africa’s DJ and club world, including TeknoTribe Festival boss Nick Grater, DJ and RBMA alumni Jullian Gomes, and drum ’n’ bass hero Niskerone. Read on for a quick-fire guide to DJing in South Africa.
Go to Facebook.com/3style to watch the Red Bull 3Style South Africa National Final on December 8 from 6pm SAST / 5pm CEST.

Where it all began

International DJs have been travelling to South Africa since the end of apartheid. Hip-hop, trip-hop, techno, psy-trance – it’s all been heavily represented over the years. But house music remains king and the influence of Frankie Knuckles, Louie Vega, Sasha and Charles Webster remains huge. Other big international acts that have inspired the country’s DJs are Franck Roger, Osunlade, Victor Ruiz and Joseph Capriati. South Africa’s early drum ’n’ bass DJs were, unsurprisingly, influenced by Andy C, Roni Size and Goldie. But the sounds of the US and Europe have, more often than not, been spun into something new by South Africans developing their own styles. Kwaito, for example. It didn’t take off internationally until 2001 but DJ Oskido claims he invented it after hearing Robin S’s Show Me Love in 1990. Oskido – and his fellow Soweto DJs – took that Chicago sound, slowed it down, deepened the bass and brought rappers into the mix to create a truly South African dance music.

Oskido
© JONATHAN FERREIRA / RED BULL CONTENT POOL
The country's important early clubs and DJs
Johannesburg’s Razzmatazz club can lay claim to giving kwaito and South African house music DJs an early platform, with all the major names passing through at some stage. Pretoria’s Carnalita is still talked about as the place where house DJs Vinny Da Vinci and Christos dropped their legendary early sets. For drum ’n’ bass fans, the go-to places were Cape Town’s Piano Lounge and the Homegrown nights at Mercury, which ran for over a decade. As well as DJ Superfly, Oskido, Vinny Da Vinci and Christos, the South Africans to take DJing to new places were DJ Mbuso and Harael Salkow, whose record shop and label Soul Candi was a major launch pad for DJs and producers, plus Brothers Of Peace, G-Force and DJ realRozzano. DJs Paul Thackway and Alan Inferno flew the techno flag, while ’90s DJs Counterstrike and A33 did the same for drum ’n’ bass.
Pivotal moments in South African music
Once international sanctions were lifted in the '90s, South Africa went DJ crazy. Records flooded in and pioneers of international DJing arrived. The events that really helped drive this blossoming culture were the massive Johannesburg raves, such as the 20,000-capacity Mother Raves, which featured Carl Cox, Frankie Knuckles, David Morales, Sasha and John Digweed. The scene around Louis Botha Avenue in Johannesburg helped nurture the country’s homegrown underground scene, too. Stretching from the Alexander Township all the way to Hillbrow, the street was a haven for party-goers and its 206 Club helped launch the country’s drum ’n’ bass scene. Of course, it's common place for all sorts of international DJs to play in South Africa now, so the country is looking to its own stars for inspiration. Like big-name rapper Cassper Nyovest, who recently headlined Johannesburg’s massive FNB Stadium.

Read More About the History Of South African DJ culture. 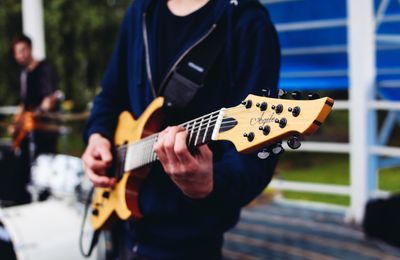 Why New Bands Should Start With Smaller Tours
Write a Better Artist Grant Application in 15 Steps
Back to home page
Comment on this post
D
deep cleaning services
01/16/2019 16:54
Can the business cleaning business you're contemplating have testimonies from "real customers", including make contact with information in order to check and also verify their particular recommendations? Are these kinds of testimonials coming from other neighborhood businesses locally, or would the operation company give you some out-of-state recommendations?
Reply

DO YOU NEED ADVERTISING